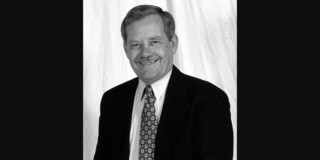 Former SCCA Board of Directors Chairman and SCCA Pro Racing President and CEO Kempton “K.C.” Van Niman passed away at his home on July 25th. He was 87 years old.

A member of SCCA and the Cincinnati Region since 1960, Van Niman was elected to the SCCA Board of Directors in 1984, and served as Chairman from 1988-1990. He later joined the staff in Englewood, CO, serving as the President and CEO of SCCA Pro Racing from 1997-2000.

A longtime steward, Van Niman was known as a fair but firm official who listened but was not afraid to make a difficult decision. He served as Chief Steward for Corvette Challenge, the Toyota Atlantic Championship, and for the Rolex 24 At Daytona.

“I have such fond memories of K.C., both as a kid growing up in Ohio and then as a staff member early in my career under his leadership in Denver,” SCCA Vice President & COO Eric Prill said. “Our thoughts are with Colette and his family during this time.”

He served in the U.S. Air Force during the Korean War and married Colette Ast at St. Joseph Church in Ost, Kansas. He was a graduate of the University of Cincinnati with a degree in engineering. Kempton was employed for 35 years at Proctor & Gamble where he worked at Ivory Dale, Winton Hill and Miami Valley.