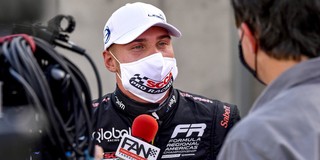 Amplifying the strength of the Honda-Powered Formula 4 United States and Formula Regional Americas Championships during the 2020 season, SCCA Pro Racing, through its continued partnership with Formula Americas Network, secured a significant broadcast package.

The first season will feature 14 episodes dedicated to each championship, showcasing one-hour race recaps with interview highlights from drivers and teams from each round, and an inclusive mid-season round-up show for a total of 29 original episodes for Season 1. The extensive race coverage will saturate programming schedules in September (check local listing for official air dates and times).

“The live streaming that FAN has produced over the first half of the season has really elevated our global footprint,” said SCCA Pro Racing President Dan Helman. “We understood that our program was missing television coverage and we are really excited that FAN is able to provide such an extensive distribution schedule for our series. This is added value for all of our partners, teams and drivers.”

The full season with multiple re-broadcasts will air on a variety of national cable and broadcast networks like MAV TV, REV’N, Altitude Sports Network, Eleven Sports and on a number of regional CW and NBC affiliates, reaching more than 80 million North American households.

In addition, the programming will also be available through most digital on-demand carriers such as ROKU and AppleTV.

“The SCCA has really blown the glass ceiling off domestic open-wheel racing with this excellent series providing a genuine North America ladder system for open wheel racing,” FAN Executive Producer Ron Sperling commented. “We are proud to present both the F4 U.S. Championship and the Formula Regional Americas Championship, to a global audience with our live streams of these events.  We at FAN are even more excited about presenting quality open-wheel motorsports programming to a National domestic television audience. We are convinced that these series’ and the National exposure we provide will not only help position more North American drivers into the F1 and IndyCar arena, but open up American audiences to open-wheel racing, bringing domestic value to both IndyCar and Formula 1 motorsports."

Introducing streaming at the start of the season, FAN made F4 U.S. and FR Americas accessible to a global audience, reaching over 22 countries with active participation over its real-time interactive platform.  Through its new partnership with SCCA Pro Racing, FAN will continue to elevate F4 U.S. and FR Americas domestic coverage, adding additional networks, air dates and times to the programming distribution schedule at a later date.